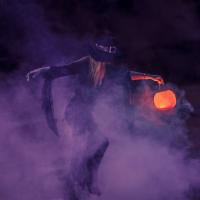 This new course, taught by Dr. Esther Schupak, focuses on gendered power relations in Shakespeare's texts. Early feminist criticism often coalesced around the two binaries of viewing Shakespeare’s work as either proto-feminist or unredeemably misogynist, while later feminist work has tended to adopt the narrative of women’s oppression. The limitation of this narrative is not that it is incorrect, but that it is reductive, failing to account for the many subtleties and complexities of Shakespeare’s writing and its interplay with the history of early modern England, which we will seek to understand in this course. To fully apprehend the relationship of gender and power in Shakespeare’s work, we need to examine the historical context in which he wrote in terms of societal constructions of gender, how gender hierarchies intersected socio-economic divisions, and how anxieties about female power influenced the performance of gender.